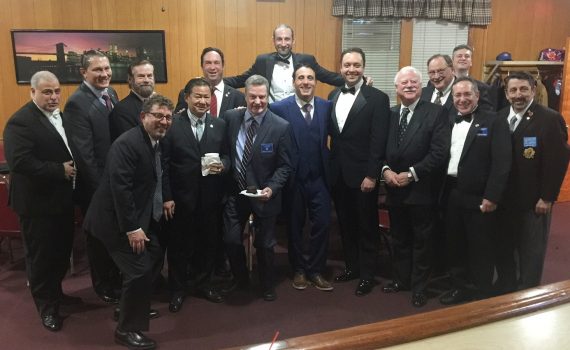 On the evening of Tuesday November 12, two new Brothers have now gone through their first degree with help from Brethren of the district. Bro. Steven Levenson and Bro. Thomas Jordan, who have been waiting almost a year, were initiated last night in our cozy Lodge room in company of many Brethren present. The degree went without a hitch and had two very impressed new Brothers who are looking forward into memorizing their work prior to their next step. The Lodge extends fraternal thanks VW:. Berdj Agopian, W:. Frank Sforza, W:. Michael LaRocco and W:. Brian Finger whom assisted us in performing an exemplary Entered Apprentice degree.

MSID at Party in the Park

On Saturday October 5 at the Blumenfeld Family Park another successful Masonic Safety ID session took place. The Masonic Safety ID is an amber-alert ready personal safety kit that identifies a child or adult when either goes missing. The free kit includes the name, pictures, finger prints, health concerns and other personally identifiable information to assist the authorities in finding a missing person. In collaboration with the Amber-Alert system, the kit comes with an identification card and a compact-disk that can be used immediately by the police.

Like commercial kits available for a fee, our free service gathers all information but unlike those aforementioned none of the information is ever stored or distributed. Even the forms filled out during the process are given back to the parent or guardian giving peace-of-mind knowing the information will never go public or fall in the wrong hands. Adam Bernstein, chair of the MSID says “we hope you never use it, but should you ever need to, you’ll be glad to have it”.

Thanks to our Brethren, volunteers and candidates who gave us a hand setting up and breaking down. Your help and spirit made the whole gathering an outstanding success. “Many hands make hard work easy” said Brandon Sax, a Lodge member, and we could not agree with him more. Our heart-felt thanks go out to Residents Forward for allowing us to give back to the community we love. Thank you to The Landmark theater for providing us with electric power. Looking forward to next year’s Party in the Park where we are looking forward to participating continue helping to keep save all people in our community. Check our calendar for upcoming MSID events in the area. 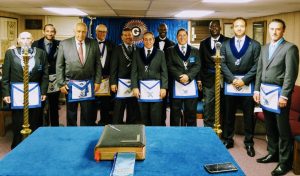 Interview with Bro. Gregory Brenner on his recent Lecture presentation 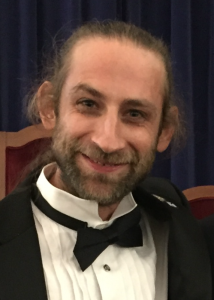 A newly raised Brother in our midst, Bro. Gregory Brenner, has left a major mark not only in the history of our Lodge but the District, Grand Lodge of New York and the minds of many international visiting Brethren. Below is a quick interview of Bro. Gregory Brenner who participated in delivering one of our most cherished lectures at the 63rd Annual Gathering of International Lodges named for St. Albans.

Q. We heard you made a presentation at a major gathering of Masons recently, what made you decide to participate?
A. Yes, the event was the 63rd Annual Gathering of International Lodges named for St. Albans which was held at 25 Lincoln Ave in Rockville Center.
My brothers and I performed the lectures of the three degrees. I performed The Middle Chamber Lecture.
It’s funny how it came about because I didn’t tell anyone that I was learning it, I was just doing it to prove to myself that I could.
I had only memorized shorter rituals up to that point so it was definitely out of my comfort zone.
I stuck to it and once I had it internalized, the  opportunity to perform it at the St. Albans gathering materialized. I was having a chance conversation with Bro. Charlie Scheu after a Lodge meeting one night about the lecture and I mentioned that I had been working on it, to which he replied “do you want to perform it at an event for Mason’s from all around the world in a few weeks?”.
Honesty I was just learning the lecture to maybe be able to perform it at some upcoming degree later on in the year, after I had a few more months to tighten it up.
I seriously thought that I might be in a bit over my head but ultimately I said to myself, “what the heck, let’s go for it.”
Thanks Bro. Charlie & thanks to all the Brothers of St. Albans for their warm welcome!
Q. For those who are looking to join the Fraternity, and those who are on the sidelines, what would you tell them about your experience?
A. The rituals are to be enjoyed by both those observing and performing.  The Rituals belong to all Brothers.
I believe that those who don’t perform rituals and only observe on the sidelines are just as crucial to whole event because the point of the rituals is to unite us through the sacred experience of it.
Q. What advise would you give those who are in the middle of memorizing their work, what tips would you give them to ease in memorization?
A. I see memorization as forming a path in an untouched field of grass.  Your mind is the field and as you start memorizing, the path is very rough with only a few footsteps showing through the thick grass. But as you continue to make the path again and again and again, all of a sudden, it becomes a clear mental walkway fully internalized. Once you get to that point, even if you don’t practice it for a while, it’s still firmly embedded.

On Sunday October 23, our own elected Trustee Bro. Marvin Rostolder will be riding again to raise 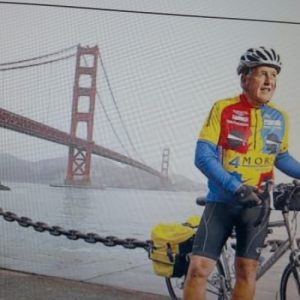 money for charity. This time his efforts will be concentrated in raising funds to benefit God’s Love We Deliver, a not-for-profit, 501(c)(3) agency that prepares and delivers life-sustaining nutritious meals to people living in less served areas in the New York Metropolitan area with over 200 different challenging illnesses. The ride, in coordination with Team Elliman will take him from our home town of Port Washington to The Borgata Hotel and Casino in Atlantic City, a 103 mile bike ride. Bro. Rostolder is requesting your financial help by visiting his Charity Page. Please be as generous as you can. To read more about God’s Love We Deliver, please visit their website.