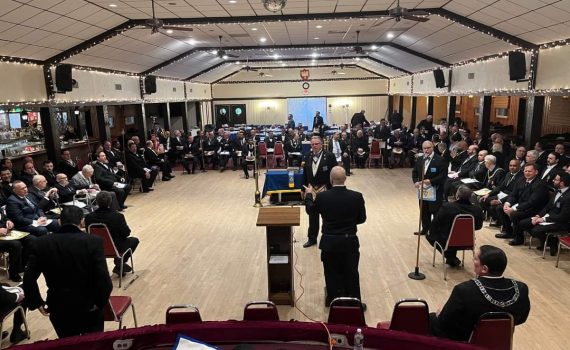 On the evening of Monday March 28 Nassau District gathered at the Polish American Civic Association building in Port Washington to celebrate their annual Grand Lecturer’s Convention. The first convention since the COVID-19 pandemic was well attended by 150 Freemasons.

Right Worshipful Richard Friedman, Grand Lecturer of the Grand Lodge of the State of New York said he had not seen so many Brothers attend a Grand Lecturer’s convention in years. During the convention, two anniversary aprons were given. One to Brother Edward G. McIlhenny for his 70 years in the fraternity and one to Brother William E. Kurz for his 60 years. Four Lodges were also presented with the Pott’s Award.